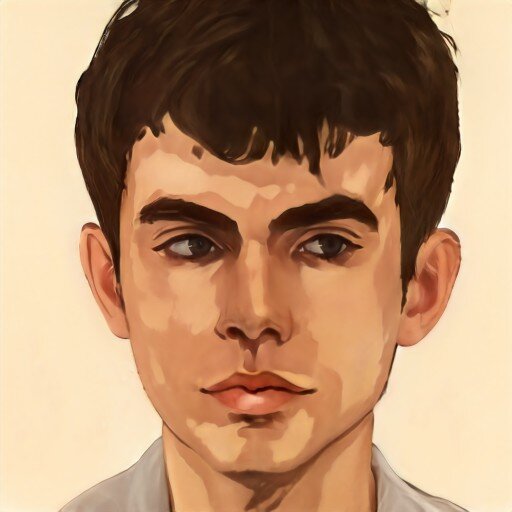 A self-centered history of neo-VR

...my stomach was grumbling.

Thirty-one people, plus or minus twenty, had just been assaulted by funky-looking boxes and I still hadn't gotten myself a slice of that goddamn pizza.

I removed myself from the GTX 970-powered terminal in front of me and waited to get a word in edgewise with a particularly candid personality. Let's call him SQRT(72). I stood there, anxious to shake hands with a person I should have met a year before then. On the head of the person he's talking to was a GearVR: The GearVR came out with nary a moment of calm, particularly because Midas (i.e., John Carmack) himself gave it a personal touch.

So there I was, talking to SQRT(72) about all the fun things we could have done if we had met each other offline sooner. SQRT(72) and I met on Reddit with two other folks, whom we shall call The Non-Orbiting Rodent and Pomade Power. Let me tell you a few things about them:

These folks and I comprise Pinoy Rifters, one of the earliest neo-VR groups in the Philippines.

So where were me and SQRT(72) on that 9th of May? We were attending this event: VR Philippines asked to borrow my DK1 and I happily obliged. I wasn't prepared for the barrage of demoees, however, since before the meetup I've demoed my DK1 to perhaps less than ten people. Little did I know it was an omen of things yet to come.

A nexus of sorts

I liked the atmosphere of that first meetup so much I joined its organisers. VR Philippines was the brainchild of people whom we shall call Will It Blender (WIB) and Chromolungma (Chromo). Back then, they were really the only ones actually doing things at VRPH. I figured they were a decent set of folks so I took the plunge with them. We met a few times at CBTL to talk about what we're doing and where we're headed. One of the things that came out of those conversations was the idea of becoming a nexus.

Here's the thing: people remember only the firsts and the bests. We certainly weren't the first, so we were left with no choice. VRPH had to become the center of activity of VR/AR in this country or else we will become dust in the wind. It was an incisive existential point that takes a bit of neuroticism to come up with: after all, you don't take the driver's seat if you trust in others' ability to drive.

So what exactly does becoming a nexus entail? For starters, Chromo and I share a decent amount of aesthetic sense. And that sense is a constant ringing that tells us to keep looking for a coherent style we can call our own, kind of like how the French have their own way of making films. Being at the center of it all allows us to follow certain kinds of content and promote them according to our own tastes.

It also carries another important advantage: it keeps us in the loop. If you're the center of everyone's conversation, then you're bound to hear about everything. In a race as fast as this one, a four-month hiatus is the same as being in the sidelines.

We're not the only ones in this race, however. On the 25th of July 2015, the Asia-Pacific Virtual Network held a synchronised meetup spanning eight cities from Istanbul to Brisbane.

Alien blue, or how to sell VR on TV

Our local version was well-attended, with over 100 folks having come and went. It's interesting to note that even this early on in our timeline, game studios here such as Synergy88 were already trying to get their grips on VR. I am Cardboard (the folks who sell those elegant black Cardboards) was also there, as was Narra3D (a co-founder of which will become important later on in our story). But the most interesting project shown then was from a person we shall call The Shopkeeper. The Shopkeeper is a stout fellow with deep green eyes and he was the reason Chromo and WIB met in real life. He brought with him a pair of haptic gloves, something that no one else in the country seemed to be doing at the time. This is an interesting point because electronics here is cheap. Manufacturing anything here, from wood to plastic to metal is dirt cheap compared to other countries. So why the dearth of hardware projects?

I don't know why that is but I think it also has something to do with white-collar jobs being the default choice of almost everyone. Here, anyone with half-decent schooling wants a desk job with bosses to please while the rest are either left to tinker with cars or washing machines or are busy cooking themselves to death in a gimmicky pop-up restaurant.

Anyway, The Shopkeeper was put on the spot by a group of journalists and reporters from national TV. However, his prototype was still very rough and the IMUs and servos were yet to come. So when it was time to shoot a reel of the gloves, the hostess of the show (i.e., the trope-namer of this section) had no choice but to fake it, which I think was quite unfair to The Shopkeeper. Fig. 3: Alien Blue, which upon further inspection turns out to have been black. Also shown is an I Am Cardboard headset. Credits to VR Philippines[2]. Fig. 4: The Shopkeeper's NeoHaptic Gloves, one real, one digital.

Chromo, WIB, and I went home in a taxi with HMDs and hulking PCs in tow. In our CBTL meetings, we promised ourselves an event at least as big as the APVRN meetup every quarter.

I had other ideas for VRPH (in fact, it's my job to have other ideas for VRPH). People here have to make things, not just try them on. In fact, I recall Chromo having a rather heated exchange with someone about the fact that we didn't restrict our VR showcase at the APVRN meetup to local content. How the hell were we going to do that if the vast majority of local content back then were 40-minute Unity3D prototypes that look and run like your dog hooking up with a tree? I think it's high time I misquote Hermann Weyl here:

"We have always tried to unite what works with what was made here, but when we had to choose one or the other, we usually chose what works*."*

Not saying his/her game was shitty though. In fact, it was one of the better games out there. Perhaps he/she was just mind-projecting that everyone else must have approached their game with the same guile he/she had shown.

After APVRN, we were invited to a STEM fair in UP Los Baños. I don't have a story to tell you because I wasn't there, but I do know two things:

First is that a person whom we shall call The Giving Tree was a student in UP Los Baños then. This, coupled with the fact that he was one of the most active members of the group, led to him being roped into helping Chromo and WIB during the STEM fair. Second is this: Everyone and their mother loves children. Because of the overwhelmingly positive response of kids to being shown VR in Cardboard and the DK1, we were invited to TV segment which I'll talk about later.